Is Someone in Chabad Trying to Smuggle in Evolution?

The following comic comes from the Chabad children's magazine, the Moshiach Times. 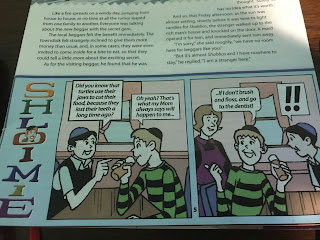 What can the line that turtles "lost their teeth a long time ago" mean besides for evolution? Obviously, the individual turtle today did not lose his teeth due to cavities. That would eliminate the entire joke of the strip. Long ago must mean that there used to be turtles with teeth and, for some reason, turtles lost their teeth. My understanding of Chabad theology is that it is hypothetically willing to accept evolution as long as it can be placed into a young Earth. Perhaps, before the flood, turtles needed teeth to fend off the T-Rex after it abandoned vegetarianism at the time of Adam's expulsion from Eden. After all the evil T-Rexes were drowned in the flood, turtles lost their need for teeth and, quicker than a koala bear marching to Australia, evolved into the toothless turtles of today.
Posted by Izgad at 2:07 AM No comments:

I wrote a post over at the Modern Torah Leadership blog on the travails of my son, Mackie, from a Maimonidean perspective. I even managed to work in antinomianism. 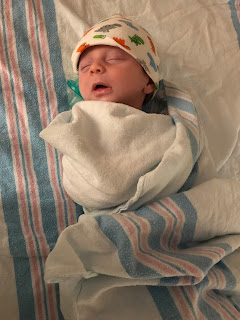 I thank my mother-in-law, my sisters-in-law and modern medicine that my son is still alive. Hopefully, soon I will be able to report that he is out of all danger.
Posted by Izgad at 9:20 PM No comments: