Convivencia at the Alhambra Library


Next week Tuesday, January 20, I will be speaking about "convivencia" in medieval Spain at the Alhambra Civic Center Library in Alhambra, CA. This came out of a conversation I had with one of the librarians regarding the origins of the city name in Andalusian Spain. She informed me that, despite the fact that the city high school team is called the Moors, most people know very little about medieval Spain. I will be setting forth the contrast between the legacies of convivencia and reconquista. Working from David Nirenberg, I will be arguing that the two of them are inseparably linked, the products of a frontier culture where different societies mixed together. On a day to day basis, this created a society where a spirit of tolerance was taken as a given. This social tolerance, though, had a way of breaking out, in extreme circumstances, in extreme intolerance and a desire to eliminate non-believers.
Posted by Izgad at 2:47 PM No comments:


A major part of parenthood involves diapers. You have to take them off, put them on and clean up the stinky in between. In general, my wife and I prefer Pampers to Huggies as they seem to leak less often. I have no objection to crass capitalist cross promotion. If Pampers wishes to help cover the cost of protecting us from my child's never ending output of stinky by introducing him to Sesame Street then so be it. That being said, the other day, while changing Kalman, I noticed something odd. 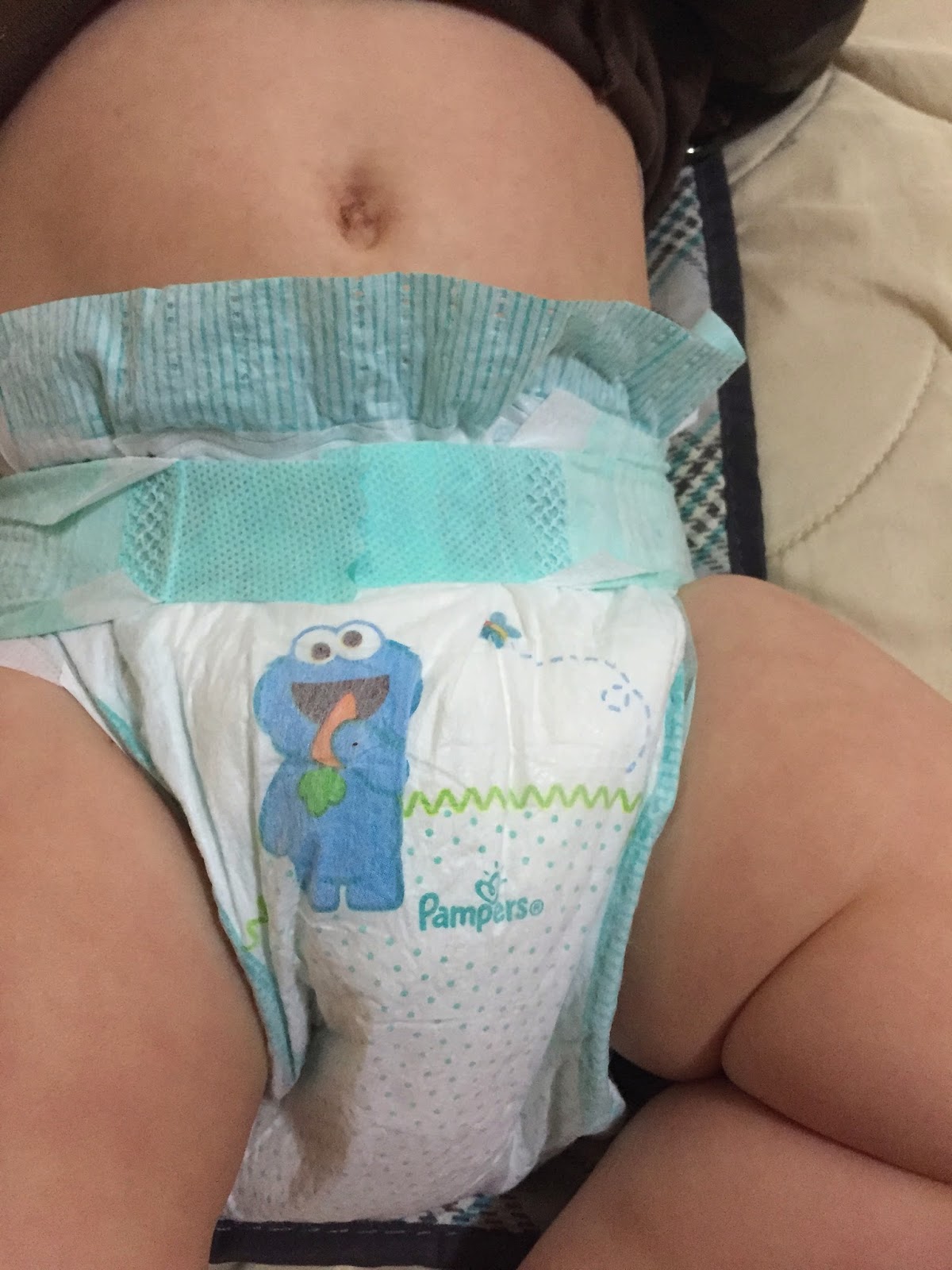 Yes, Kalman has a very raspberryable tummy, but what is Cookie Monster eating? I have to work long and hard trying to protect my son from the corrupting influence of vegetables and now even Cookie Monster has betrayed me and strayed after carrots. How am I going to educate Kalman? As Ayn Rand taught us, "A equals A." Because of this diaper, Kalman will not learn that Cookie Monster equals eat cookie and will not grow up to be rational. If Kalman becomes a hippie socialist, can I sue Pampers and Sesame Street?

Much better for Kalman to learn about cookie and precious together.


The wife, child and I spent this past Shabbos in Flatbush, NY with one of my Haredi cousins, who is an elementary school rebbe. As he is someone who uses the internet, I asked him what his school's policy was regarding web access. He responded that in general they were hostile, but allowed homes to have it as long as they had a filter. As I am sure regular readers appreciate, behind my mask of moderation lies an extremist. I am primarily interested in consistent principles as opposed to practical policy and it is usually the most extreme principles that are consistent. That being said, while I may personally choose one extreme due to my personal tastes and values, I maintain a high degree of respect for the opposite extreme, as opposed to the moderates that are superficially closer to my camp, as I recognize them as kindred spirits in consistency. In the case of the internet, I can empathize with those who wish to ban the internet from their community and are intellectually honest enough to endorse the sort inquisitorial practices necessary to give the ban teeth.

I asked my cousin to imagine that somewhere out there on the internet lies a video of the ultimate traif sandwich, designed by the world's greatest apikorsim, who made sure to precede every step with an antinomian declaration that they were motivated not by any material desire for food or money, but only to anger their creator and demonstrate their non-belief in him. The bread was owned by a Jew and made during Passover from new grain so it is both chametz s'over alov Pesach and chodosh, but no Jew turned on the pilot light so it is pas akom. The bread has also been flavored with the finest yayin nesach and cholov akom. And we have not yet gotten to what is inside the sandwich. Perhaps the people at the Williamsburg restaurant Traif could do us the honor of making the sandwich. The important question here is not whether we want kids watching a video of this sandwich, but how far should we be willing to go in stopping them. There are a number of reasons to treat any non-extreme method, that does not place keeping kids from watching this sandwich as the central purpose of Judaism and place the full resources of the community into this task, as deserving of scorn.

There is the problem of moral hazard. The ultimate traif sandwich filters may not be particularly effective, but parents think they are. Because of this, parents choose to engage in more risky behavior by ignoring other forms of protection such as a heart to heart conversation with their children about what kosher means to them. The end result is that, rather than protect our children, the filters will actually increase the risk and we would have been better off with no filter. There is an even larger issue at stake here than simply internet traif. If parents believe that their kids are safe in a general society that holds traditional values then they will drop their guard and stop protecting their kids. Thus, a religious society needs to keep parents scared and vigilant. If the internet is not overrun with traif sandwiches than perhaps we need to make sure it is. Make no mistake, Haredi society owes a great debt to the 1960s left that destroyed any sense of a common set of values. If "traditional values" ever came back into fashion then it would be the end of Haredim.

Which kids are we worried about? If it is a matter of all kids equally being at risk of looking at traif sandwich websites than a broad educational effort backed by a general fence, designed to serve more as a warning than an actual barrier, might be effective. What if we are dealing with hockey stick statistics where the vast majority of traif is being watched by a small number of kids? If this is the case then your entire strategy needs to change. Filters, even good ones, are pointless as these obsessive traif watchers are likely willing to go to extreme measures, such as using a computer in a public library, to get their daily fix of traif. Furthermore, such people clearly have far deeper problems than a desire to watch traif. We need to confront how they relate to food and until we do, stopping their internet access is going to be merely a Band-Aid to a knife wound.

Perhaps you might say that you want to protect regular kids from accidentally seeing traif on the internet. A child's mind is like cement and everything they see makes an impression that will last a lifetime. Granted, you are likely to find ads for traif on the internet, but are they worse than the traif ads that will catch the eyes of the casual viewer walking down the street? Unless you are willing to raise your children permanently on a sealed-off compound (something that anarcho-libertarian policies will make more plausible), you have to accept the fact that your children will be exposed to traif. Will they be affected? Certainly, but here is the good news; everything you experience affects you, but in ways that are difficult to quantify. It seems to me to be the height of cognitive dissonance for any teacher to seriously worry about their students being corrupted by casual exposure to internet traif. If our ability to influence students after twelve years into becoming good Jews, who love to study, is questionable at best, what are the odds that even an afternoon spent ogling traif will cause them to join Darth Chazor, no matter how delicious those sandwiches might appear?