I have fallen head over heels in love with the city of Oxford. Heaven should look like it. Oxford may not be a beautiful city in the conventional sense, but it is old, historic and the academic city that every other academic city wishes it could be. In other words, my kind of town. 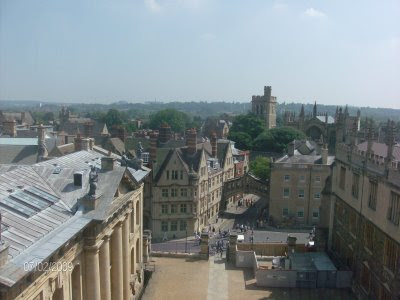 While walking about I ran into a former professor of mine, James Bracken. I was really surprised when he introduced me to his friend from Gustavus Adolphus College in Minnesota (If only Gustavus had been Norwegian and not Swedish we could have had the perfect Garrison Keillor Minnesota stereotype.). Dr. Bracken actually managed to remember the paper I wrote on Christian Hebraism for his History of the Book class. We promptly did the sacred letters, O-H, to demonstrate Ohio State’s kinyan, ownership, of this land. (We did not have the manpower to perform the I-O, but I am sure Coach Woody Hayes up above understands.) 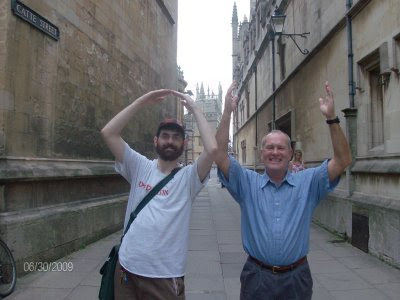 Oxford, like Columbus, has a Broad and a High Street. So I think this makes it a very ripe target for my brand of academic imperialism. 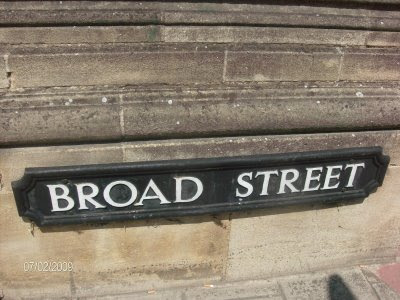 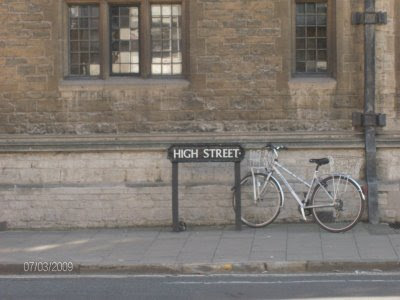 A few posts back, I discussed Terry Eagleton and his Marxist beliefs. If anyone has any doubts about that, Eagleton is listed as a speaker at an upcoming Marxist rally. 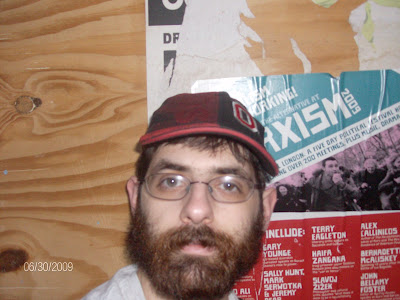 I walked into a Borders here at Oxford. It is good to feel some of the pleasures of home. Stephenie Meyer and her Twilight vampires are clearly a hit in this country as well. 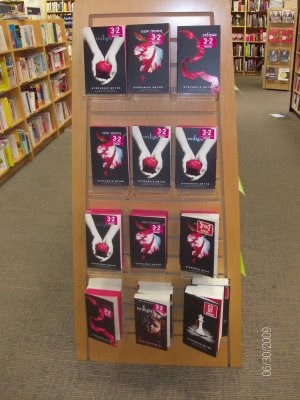 I got this picture of myself next to posters for the upcoming performances of Shakespeare’s Comedy of Errors and Roald Dahl’s BFG. Between Shakespeare at his worst and Dahl at his best, I think I am going to go with Dahl. 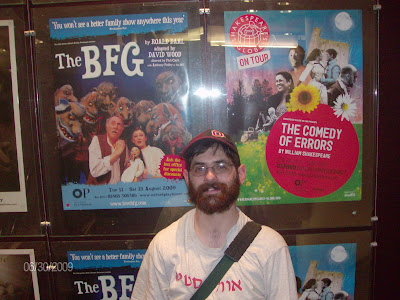 I managed to befriend some of the workers at the theater pub. They were Dahl fans as well and believed in the continued relevance of Dahl in saving the world. We also got to talking about Disney and Monty Python. There was a girl in the group; she was intrigued by the fact that I was an American. She had not spoken to any Americans since the election and wanted to know what I thought about Barack Obama. That was a tricky one for me as I am part of the small minority of my peer group that does not support Obama, making me a very poor sample. I started dancing around the issue, explaining that I liked Obama as a person, but I had problems with many of his policies. In the end, I told her point-blank that I was a Republican, who voted for McCain, though one who is not happy with the party, mainly because it had been taken over by the Christian right. I furthermore explained that I was a Libertarian and elaborated on what that meant. She seemed satisfied with my response. In my experience, most people become very open to Libertarianism once you explain to them what it is. Libertarianism has a lot to offer, particularly if you are a well-educated person, working hard to make ends meet, who enjoys the occasional beer and hand-rolled cigarette.

Sitting around in the Oriental Studies library, I came across an essay by David S. Katz, “Edmund Gayton’s Anti-Jewish Poem Addressed to Manasseh Ben Israel, 1656.” [JQR 71(1980-81)] This essay deals with a series of rumors, circulated by royalists, while the issue of Jewish readmission into England was being debated, that the Jews were negotiating with Oliver Cromwell’s government to buy St. Paul’s Cathedral and the Bodleian Library, the main library at Oxford. Apparently, the Jews offered 500,000 pounds but Cromwell wanted 700,000-800,000 pounds. I showed this to the librarian and he got a good laugh.


Now, this is a plot that I could go for. So here it is for all you members of the Elders of Zion. I am not interested in taking over banks or Hollywood; what I want is the Bodleian Library. Well, the Bodleian and the rest of Oxford. The Bodleian can be my castle and the rest of greater Oxford can be my personal feudal kingdom, which would give me the Yarnton Manor as a summer/plague retreat.
Posted by Izgad at 2:12 PM