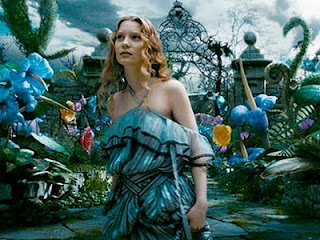 I wanted to scream at the audience around me: don't you people understand. This society of nineteenth-century Victorian England was one in which the vast majority of people, except for a narrow elite, lived in a poverty that we cannot even imagine. Do you know what it means to have a society in which starving to death is a real issue? The only thing saving our elites from falling in with the wretched masses is the force of tradition. Anyone who plays with convention is pulling at the spider's web that keeps not only them feed but everyone around them. I would like to see you tolerate such a person. This was particularly true for women, who were limited in their labor prospects and lacked the sort of education that might have allowed them to hold well-paying jobs even if society let them. Can you imagine the position of a widowed mother, living with the trappings of wealth and its expectations, knowing that without her husband to support them there is nothing to stop her and her daughter from sinking into abject poverty? And by poverty we do not mean food stamps, but the slow demise over years due to malnutrition and disease as you work yourself to death. The only thing saving this person is the prospect of a good match. How dare you any of you smirk or feel superior when such a person decides that whether her daughter is in "love" might not be of utter importance.

We now move from the film's pointless introduction to having Alice fall down the rabbit hole into Wonderland. My father often likes to say that comedy is the hardest genre to perform. Comedy is an either/or proposition. Either you are funny or you are not. There is no in-between or partial success. With drama you can always hope to salvage something even if the project fails as a whole. Humor is not a science; it is something that happens sometimes, but cannot be created at will. You can have genuinely talented people who get out there and, through no one's fault, the material just does not work. Without a question, there were some talented people in this production. The team of Tim Burton, Johnny Depp and Helen Bonham Carter is nothing to be laughed at. (Just watch Sweeny Todd.) There is no logical reason that this team should not have once again produced something absolutely magical. Except that for some unfathomable reason the material just failed to click.

This failure may have had something to do with the fact that, as Lionel put it, they tried to mix whimsical fantasy with epic fantasy. It was not enough that Alice should explore this strange and downright psychedelic world; the film also had to have her go on a quest to defeat the Red Queen, restore the White Queen to her rightful place and defeat the Jabberwocky. Tolkien just does not go with Carroll. This could have still worked as tongue and cheek. The problem is that of all comedy, I would argue that tongue and cheek is the hardest. For tongue and cheek you have to succeed on two counts. In terms of comedy, you still have to actually be funny and as drama you still need to produce characters who make sense and whom the audience connects with on a deep emotional level. One can always try to cover trash by saying that it is only meant tongue and cheek. Saying that something is meant only tongue and cheek can in no way be an excuse for bad writing. I have so much respect for people like Joss Whedon, J. K. Rowling and Stephenie Meyer who use tongue and cheek and make it work. To all those who turn their noses up at their work as popular entertainment that "anyone" could do, I say give it a try.

I could not end this without saying something about what happens back on the top side of the rabbit hole once Alice comes back to her Victorian world. She rejects her upper-class twit of the year and approaches her father's old partner about a really radical business venture, trading with China. Someone needs to offer the writers a history lesson and explain that even our stuffy Victorians were up to trading with China; there was nothing radical in the nineteenth-century about such a prospect. The West even fought several opium wars to open China to western trade. Even people in the Middle Ages were imaginative enough to try trading with China. This was how we got Columbus accidentally discovering America in the first place.

I really wanted to like this movie. I was waiting for it since I heard about it this past summer. I even had a poster of it up as my desktop background. (This proved to be a mistake as some of my little Haredi cousins wanted to use my laptop and started screaming about the not "tznisudic," immodestly dressed, girl in the picture.) However much I respect the people behind this film, it was a failure and not even having it in 3-D could save it.
Posted by Izgad at 8:42 PM

> accept for a narrow elite

Except for a narrow elite

Now, something Mel Gibson once said comes to mind. When people were criticizing Disney's Pocahantas movie, he noted that anyone expecting historical accuracy from a movie with talking trees in it was expecting too much!

If we can have a talking rabbit and caterpillar, why can't Burton rewrite history in the "real" world too?

Besides, history is written by the victors and the victors right now are the uber-feminfascists who want us to believe in equality in society in Victorian England and that every significant historical figure in Europe was actually a black gay.

Thanks for catching the typo.

In terms of historical accuracy, I have no problem winking and nodding at historical liberties that are necessary for the plot of the story. I do understand what it means for something to be fiction. My problem is when mistakes are made that have nothing to do with the central plot. That is a sign of ignorance and sloppy research. There is a movement to limit science fiction films to one major violation of the laws of physics a movie. I think we should have something similar for history.

It'll never happen. You think you're ever going to see a historical movie in which the women are illiterate and docile? It's all about spunk and sass. People today are incapable of conceiving a society where everyone isn't exactly like they are today. Today's morality is everyone's morality. It's what turned me off Robert Jordan's Wheel of Time series after just one book.

That is a major problem with fantasy. Characters usually sound too much like they come from the modern world. It is not as much of a problem with science fiction, because I have no idea how people in a future world might sound like. As a historian I do have an idea what medieval people sound like so when dealing with a medieval world I expect that characters sound medieval. This is one of the things I am trying to balance for Asael. There are certainly some strong women, like Serariah’s wife, but she still operates within a distinctively pre-modern context and she does not have modern goals. She is not modern, but one should still be able to see how someone like her could lead to a modern women’s movement.

I stuck with Wheel of Time for more than ten books. It was the polygamy that finally got me.

We now move from the film's pointless introduction to having Alice fall down the rabbit whole into Wonderland.

I could have sworn I had picked up on that one and changed it.

Uber feminist fascists? Who are you referring to? But I probably should not be surprised in a blog that wants "balance" when making films about women trying to escape honor killings, acid attacks and sharia law. Also, this is the first time I heard the film "Precious" called racist. Odd the black blogs have not caught this.