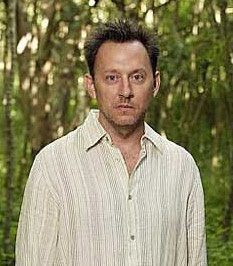 The character on the television show Lost that I relate to the most is Benjamin Linus. He is a morally ambiguous character, who always has a plan. He is the sort of character whom you may have a gun pointed at, but he really is the one who has you where he wants you. The really interesting thing that the writers have done with him is that somehow they have kept him from being a straight villain. Admittedly, he would be worth it as just a really creepy villain. The writers, though, have allowed him to be something more complex. They have gone through a tremendous amount of effort to make this work. Ben is the head of the Others. He kidnapped and plotted against our plane crash survivor heroes. He shot John Locke (the bald guy, not the philosopher) in cold blood. Later on in the show, he finally manages to do John Locke in by strangling him. He successfully murdered his own father years before the show. He stood by and allowed his foster daughter to die rather than give himself up and save her. Most shockingly of all, at the end of the last season, at the instigation of the satanic smoke monster, he murders the show's Christ figure, Jacob. In Lost's version of the passion, Ben turns on Jacob and repeatedly stabs him, getting Jacob's blood all over the temple room. Jacob is not wholly dead and continues to appear to the schizophrenic Hurley. This is like Jesus' resurrection before the apostles. Obviously, Jacob has foreseen the plot of the island's imprisoned Lucifer, the smoke monster now taking the form of a brilliantly evil John Locke, and has allowed himself to be "crucified" for some higher purpose. Despite all that Ben has done, the show has not placed him beyond redemption. He has now refused the chance to join the smoke monster and his followers even to save himself. Even knowing his crimes, the followers of Jacob step back from killing Ben and still accept him, even if begrudgingly.

I think of Ben as the Pharisee Jew. He is very learned and clever and believes that, because of these qualities, he is the chosen of the "god" figure of the island, Jacob. This belief is first challenged when he gets a tumor and the island does not miraculously heal it. Instead, a surgeon is "dropped out of the sky" in the form of Jack Shepherd of the plane crash survivors. Ben is particularly jealous of John Locke, whom the island miraculously allowed to walk again as soon as he crashed on to it. Furthermore, Locke is able to hear Jacob's voice, something never granted to Ben. Ben, therefore, Cain-like, attempts to murder Locke, but the island saves him. Finally Ben confronts Jacob, the human embodiment of the island and its power, to understand why Jacob has rejected him. Jacob refuses to offer the answers that Ben wants to hear to allow himself to finally make sense of his life and all of his pious sacrifices that he has made in service of Jacob and the island. Jacob refuses to be the straight forward savior God that Ben would like to believe in and instead continues to work in mysteries so Ben, feeling betrayed, commits his act of deicide. I see Lost playing itself out as a Joachim of Fiore type of redemption for our Jew, Ben. According to the medieval apocalyptic Joachim, the Jews were the chosen people of God, but they rejected him and God has punished them. The Jews, though, remain God's special people and, in the end of days, they are going to accept Christ and play a leading role in bringing about the Second Coming. Similarly, Ben really is a chosen person of the island, but his desire to be openly declared the one and only chosen one has caused him to stray to such an extent that he could fall under the influence of Satan serve his plan to kill God incarnate. Ben, as a chosen one, is still going to be saved. He is going to repent his past transgressions, humbly bow to Jacob's mysterious will and accept that there can be other chosen ones. He is going to join the new people of Jacob and save the island.

This season has brought another twist to Jacob's character. In the alternative timeline in which the Oceanic plane does not crash, Ben is a high-school history teacher even though he has a doctorate in European history. He attempts to teach his students about Napoleon despite the fact that most of them could not care less. He mixes a contempt for the students as a whole with a deep affection for those students who wish to learn. So here you have it, an academic history teacher working in a high school, who is really a Jew and has all sorts of plans to rule the world. I am rubbing my hands in Monty Burns glee.

Excellent!
Posted by Izgad at 7:12 PM

Great analysis. I never thought of Lost in such Christological terms before.

How fitting, and yet ironic that you characterize Jacob as a Christ figure... ironic because the same actor who plays Jacob on Lost also plays Lucifer himself on the show Supernatural.

The supercessionist Christianity of LOST was evident on the last show. Jack, the Christ figure, dies for our sins. Hurley takes over and can do whatever he wants because -- and I think this is a quote -- Jacob's rules aren't in force any more. Jacob's rules! Alan, Bedford NY